Toby’s musical journey began at just 4 years old when his Grandma bought him a yellow and green ukulele. This little instrument went all over the place with him and he played it constantly until he’d broken every single string.

But it was when he was eight that he received his first full size electric guitar for Christmas. On that particular day he also met Mick Box from Uriah Heep, who happened to be staying at the same hotel.

It was from this point that Toby knew exactly what he wanted to do when he grew up. And being the guru he is, Mick continues to be a great source of inspiration for him. 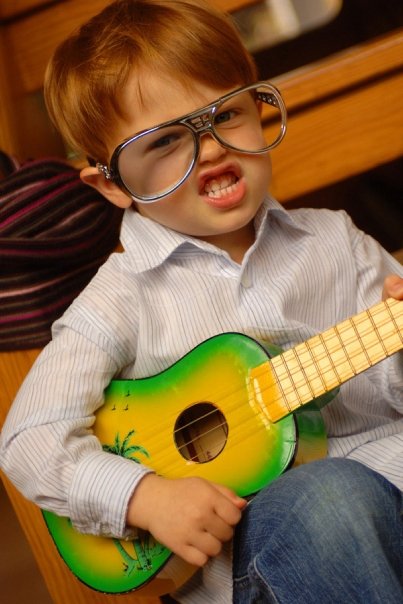 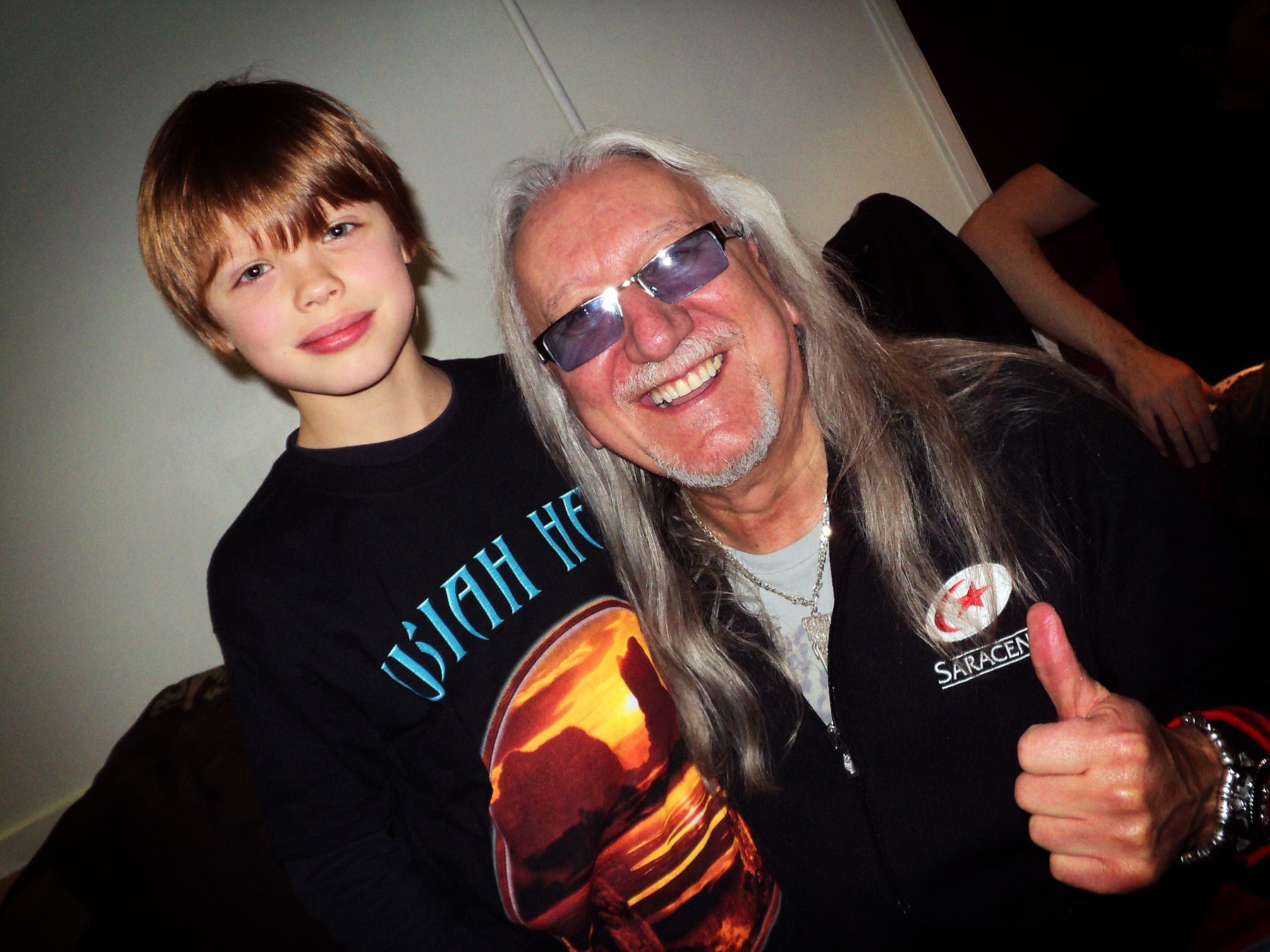 In a short time, his love of Blues and Rock became ever apparent, with a variety of riffs by Jimi Hendrix, Stevie Ray Vaughan, Gary Moore, and BB King often emanating from his bedroom. And this passion swiftly pushed him to join the local rock school – The Witchwood School of Rock.

Thanks to teacher, Aldie Chalmers, Toby’s playing swiftly went from strength to strength and whet his appetite for live performance.

It was at this point, however, that Toby’s love of music turned a corner. After hearing that BB King was seriously ill, he decided that he HAD to record a “Get Well Soon” jam for his hero and post it on his Facebook page. Though sadly Mr King passed away a few days later, Toby received a thank you from two of his daughters, and this set the scene for more excitement to come. Incidentally, this particular video has now been viewed over 100 million times.

As Toby’s weekly Sunday Onesie Jams became a popular Blues fix for music lovers all over the world, so too his guitar-playing profile developed and his reputation grew. Much to his delight, a fabulous UK company, The All-In-One Company, stepped in and provided Toby with some wonderful Onesies to wear for his jams.

And then, the unthinkable happened… Blues icon, Joe Bonamassa, shared one of Toby’s videos on his page and dubbed him “a future superstar of the Blues”. Things in the Lee household went mad. Chris Evans invited him onto his breakfast show on BBC Radio 2, and celebrity blogger Perez Hilton tweeted about him. 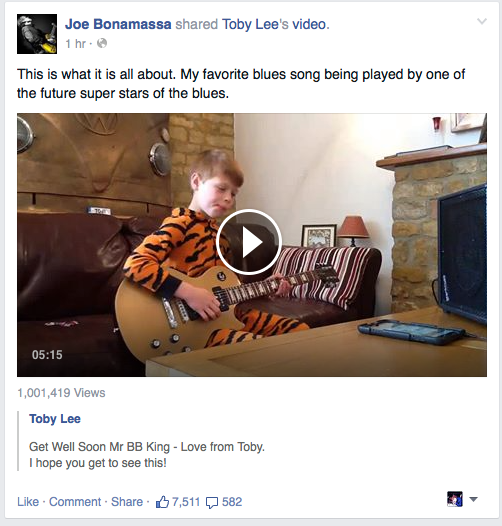 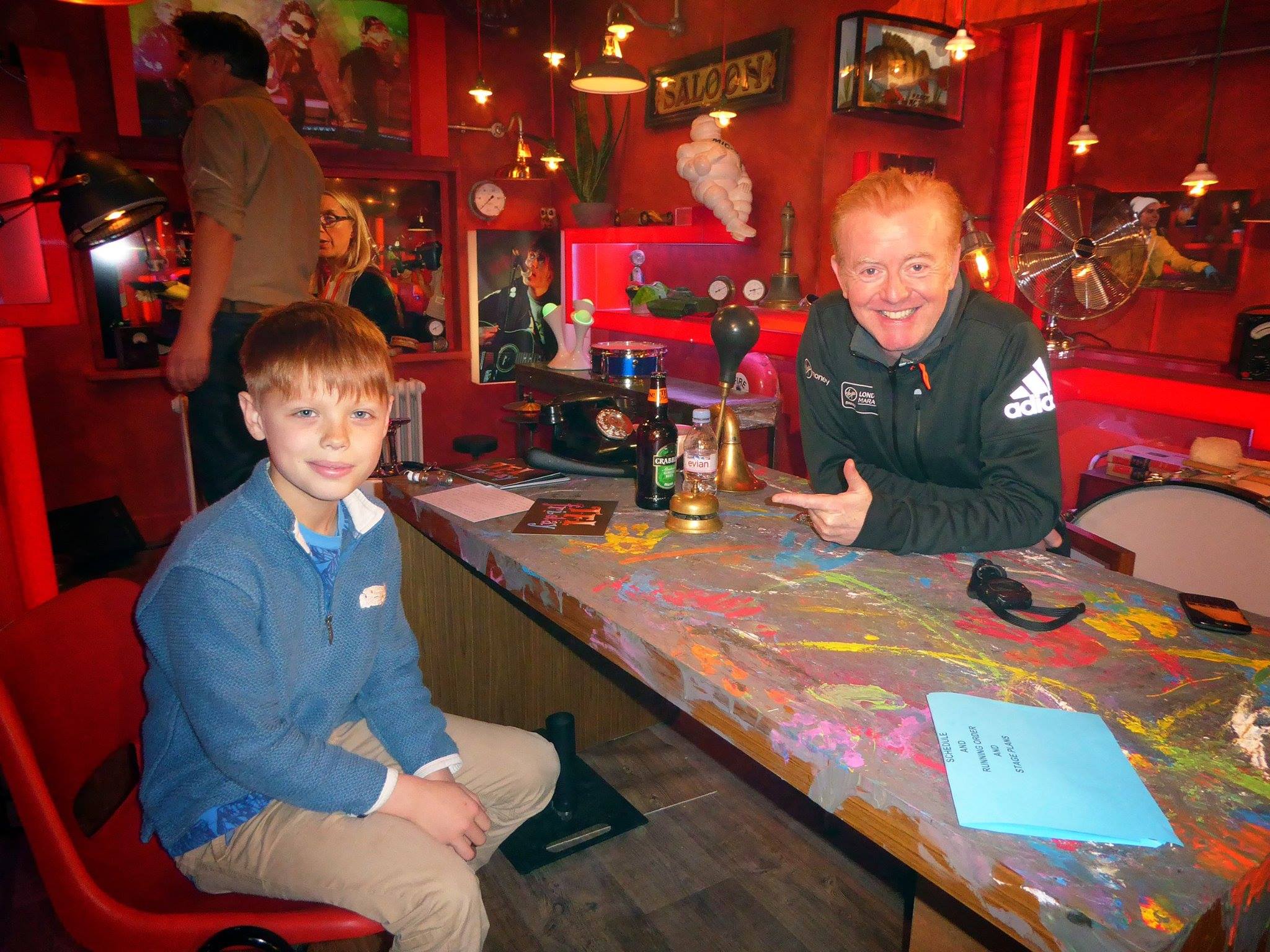 By now it was 2015, and Toby was beginning to be in demand. His list of appearances grew:

And amongst all this, he also featured on many BBC radio interviews and made other national TV appearances during the year.

Toby has been associated with Gibson Brands since he was 9 years old.

March the same year, he got to actually meet his hero, Joe Bonamassa. And not only was this was a dream come true, but more live performances ensued: 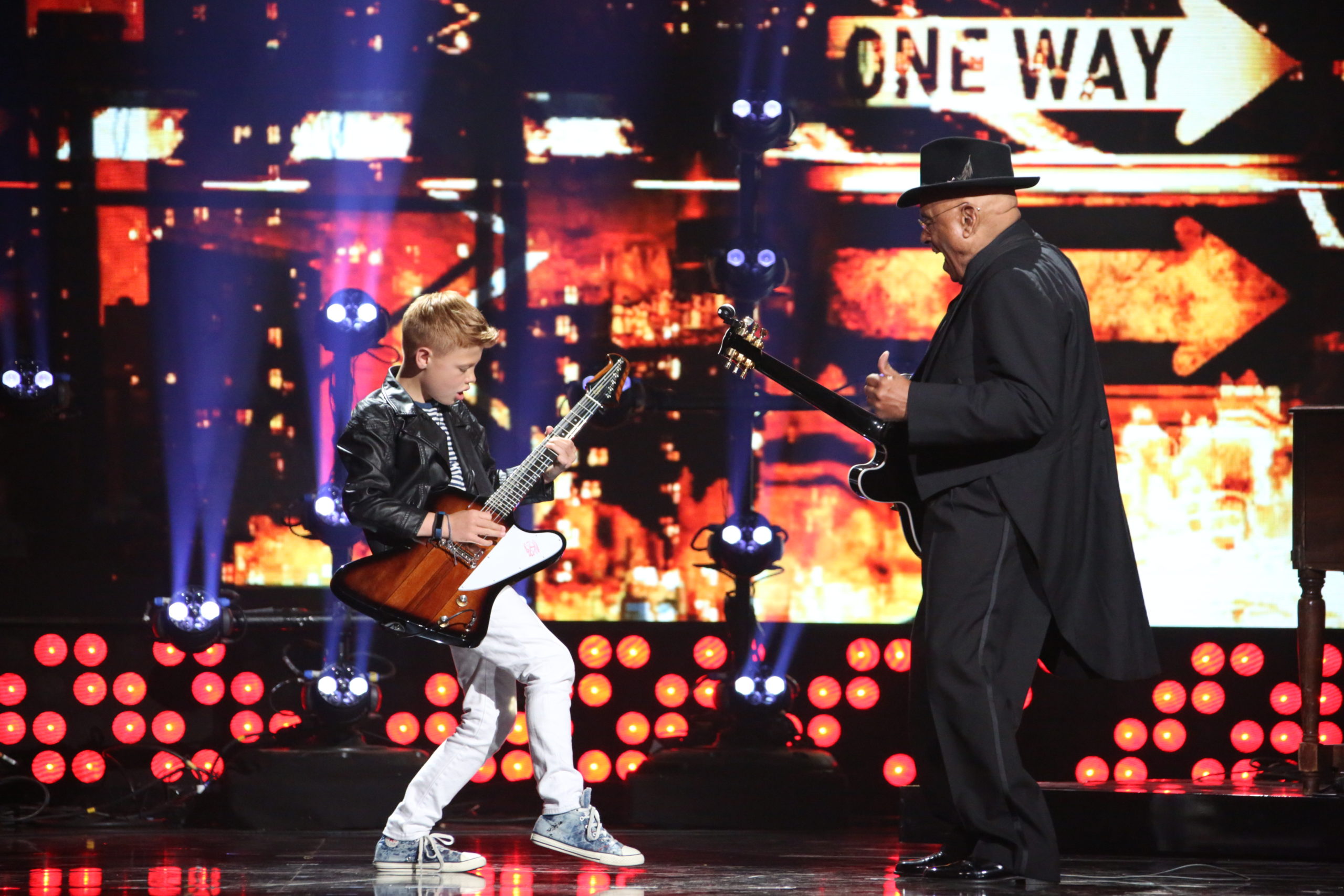 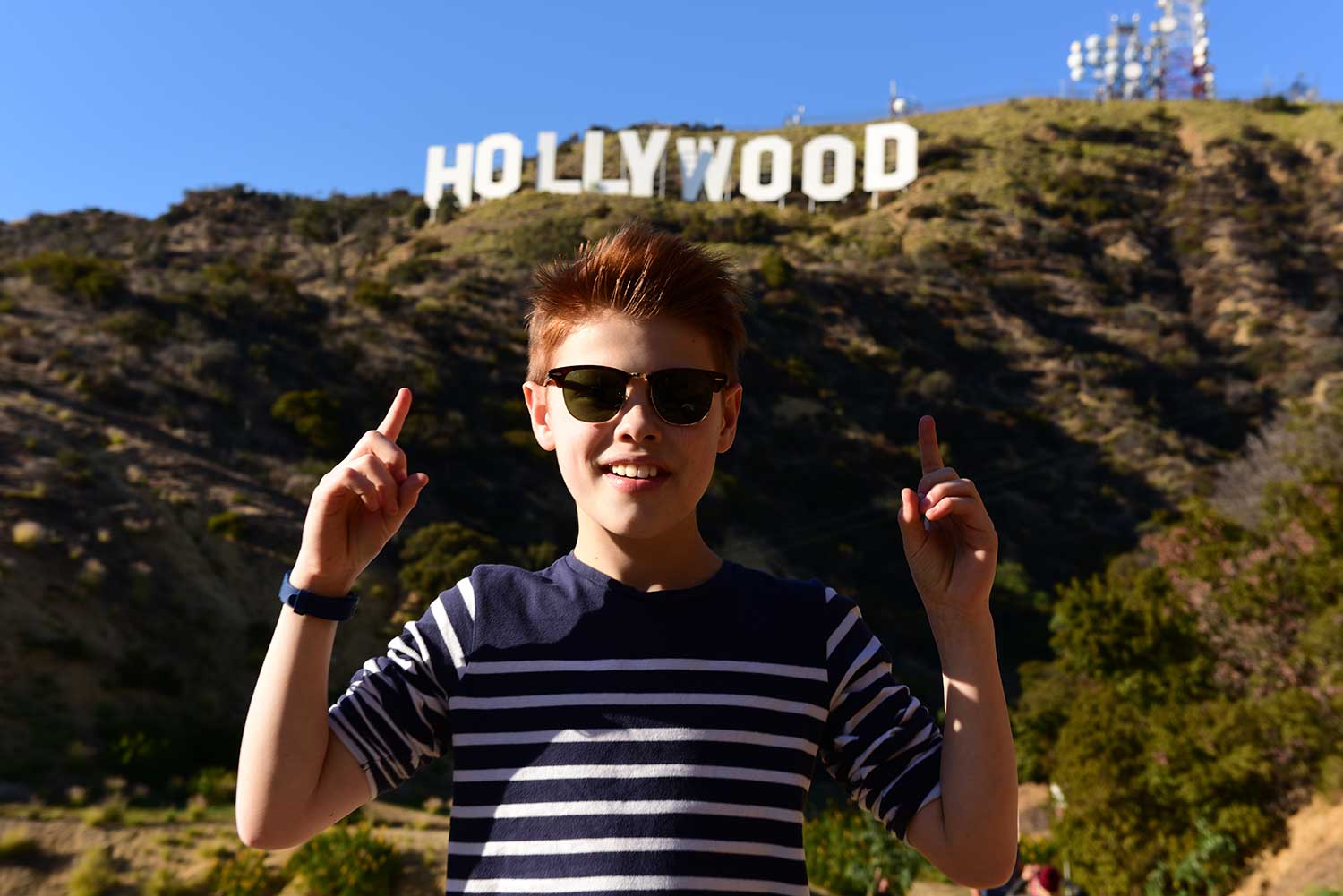 He jumped at the superb opportunity to join headliners, Fairport Convention, as a guest on the main stage at the Cropredy Music Festival. Performing to 20,000 people.

When he was 10-years-old, Toby was mentored by British blues star Laurence Jones. Toby has joined Laurence numerous times on stage and he produced Toby’s debut EP “Ten”. With a band specially selected by Laurence, the five-track EP was recorded at Woodworm Studios in Oxfordshire and featured a guest appearance by Whitesnake legend Bernie Marsden.

He was cast as Zack Mooneyham for one year in the West End production of ‘School of Rock the Musical’ by Andrew Lloyd Webber. This was a true test of Toby’s devotion to a career playing the guitar. He performed several times a week in front of two thousand people, including royalty and celebrities, and still kept up with his school work! And with this, more amazing opportunities cropped up for Toby and the School of Rock cast. 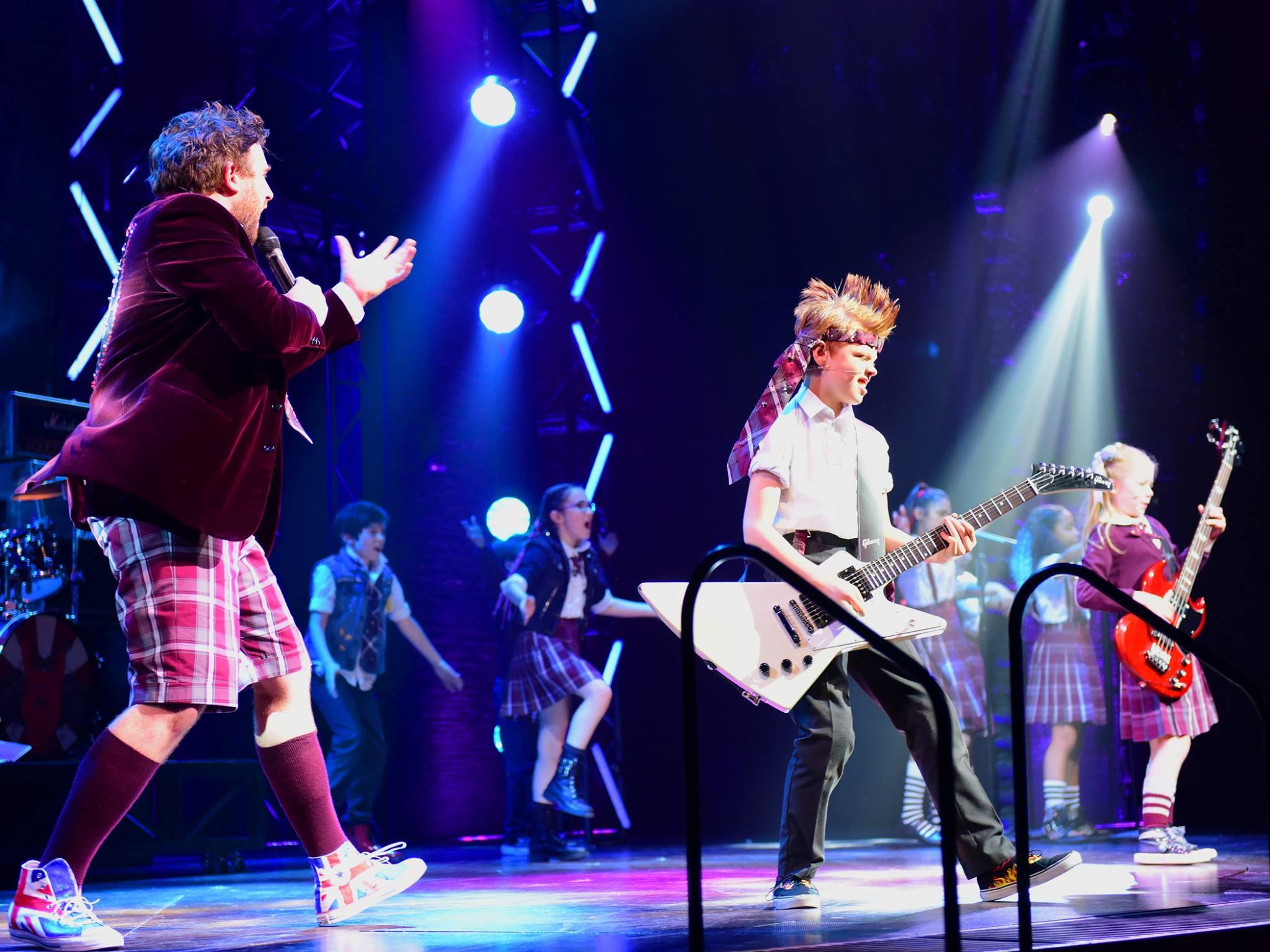 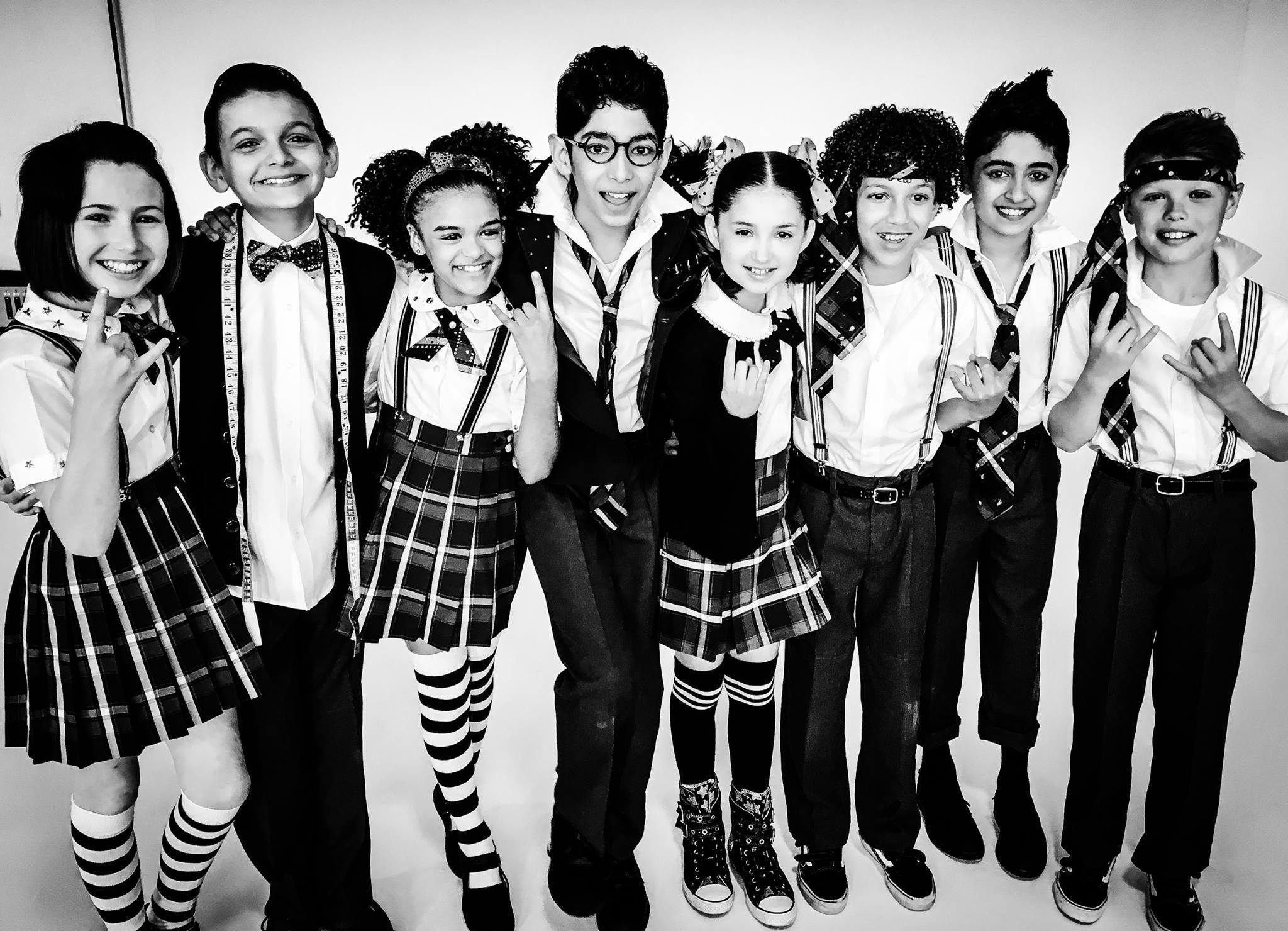 And it’s worth us highlighting separately that the original twelve band members for School of Rock then WON an Olivier Award for Outstanding Achievement in Music… Toby had a statue on the mantelpiece at tender age of twelve years old!

With such momentum behind him, it’s no surprise that the fun didn’t stop there.

With his Blues hat on, he was flown to Hollywood to appear on the Ellen Degeneres/Steve Harvey hit show, ‘Little Big Shots’ to a viewing audience of ten million. To say he was bowled over that there were then over eleven million views on Facebook of his performance in one week alone would be an understatement. 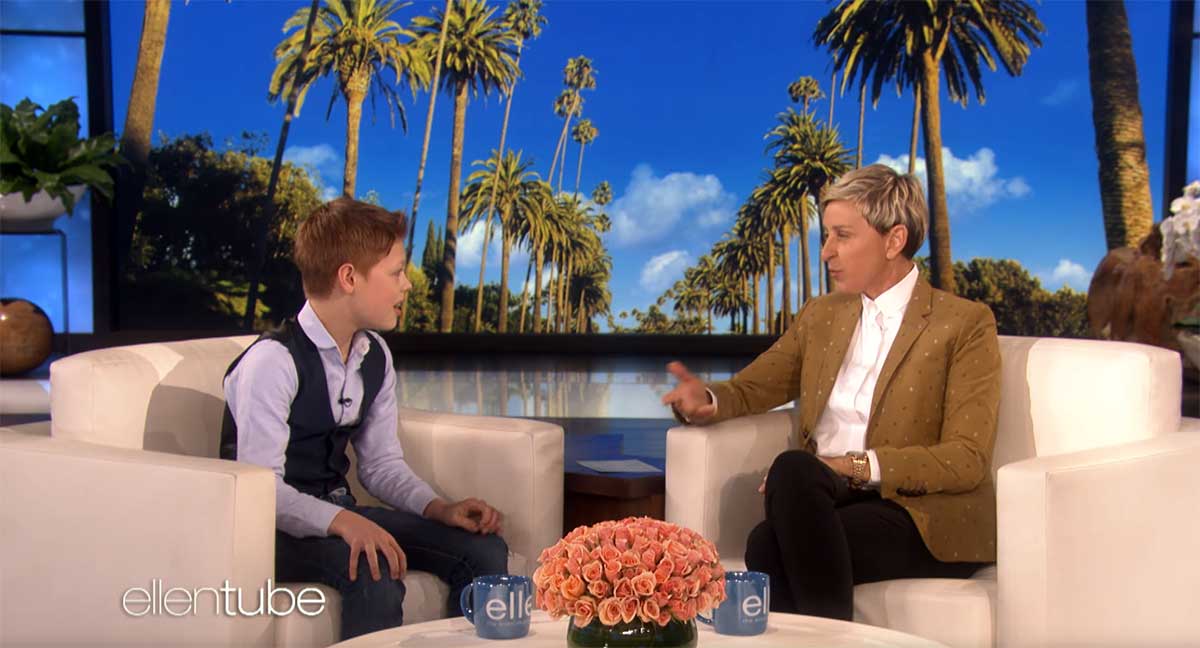 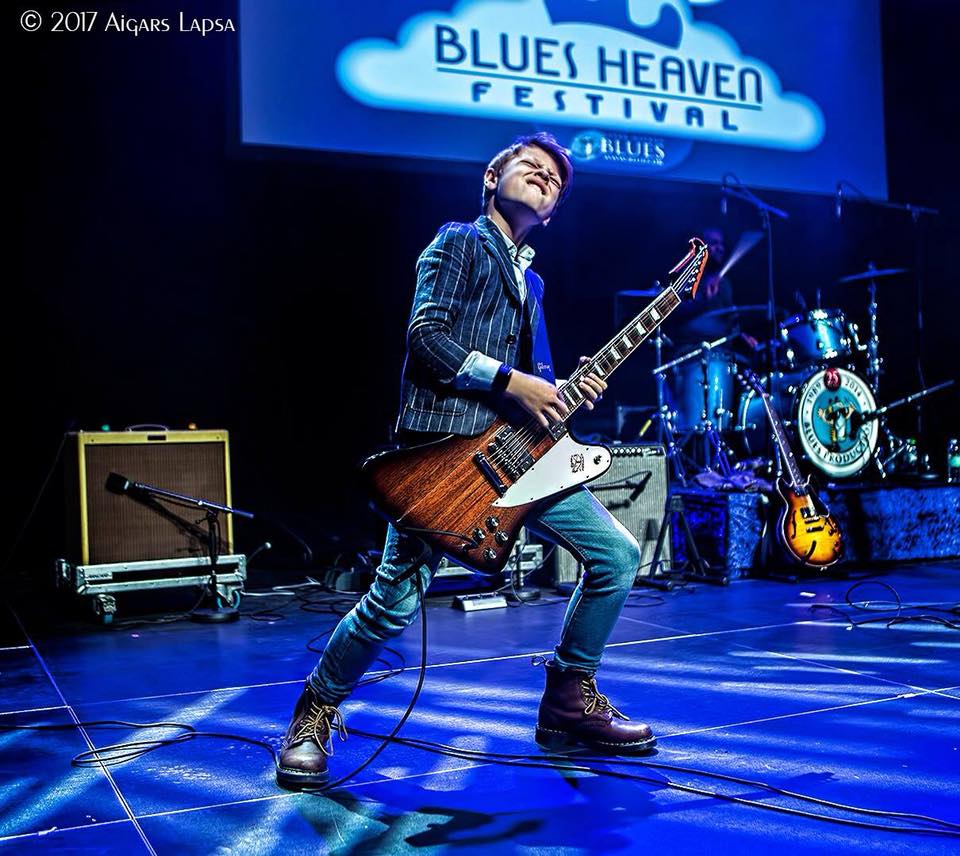 He then appeared on Blue Peter in August 2017, jamming with presenter Barney Harwood. And next headed off to Spain to appear on ‘Little Big Show’ with a huge grin on his face.

But it was the Blues Heaven Festival in Denmark in November 2017 that took Toby’s profile into a different league.

A video of him and Chicago bluesman Ronnie Baker Brooks playing together went viral and has been viewed 117 million times to date. This sent the music pulsing through his veins.

In 2018 he won ‘Young Blues Artist of the Year’ in the UK Blues Awards. He was also featured in a French Canadian documentary called Child Prodigies.

In 2019 he was flown to California to appear on the Ellen Degeneres Show – an amazing experience. Toby got to perform Superstition by Stevie Wonder and was also interviewed by Ellen about his music and his love of classic cars. Ellen presented him with gifts to help kit out his ‘60s VW bus!

While in California for The NAMM Show, Toby performed for Gibson at the Anaheim Grove with Peter Frampton and Billy Gibbons.

Gibson also presented him with his prized possession – a signature Gibson Custom 335, made to his specification.

Blackstar Amplification also surprised him with his favourite amp – a HT-20 MkII – custom finished in red.

Also in California, Toby received a message from his hero Joe Bonamassa asking if Toby would join him to perform at the Royal Albert Hall in London! 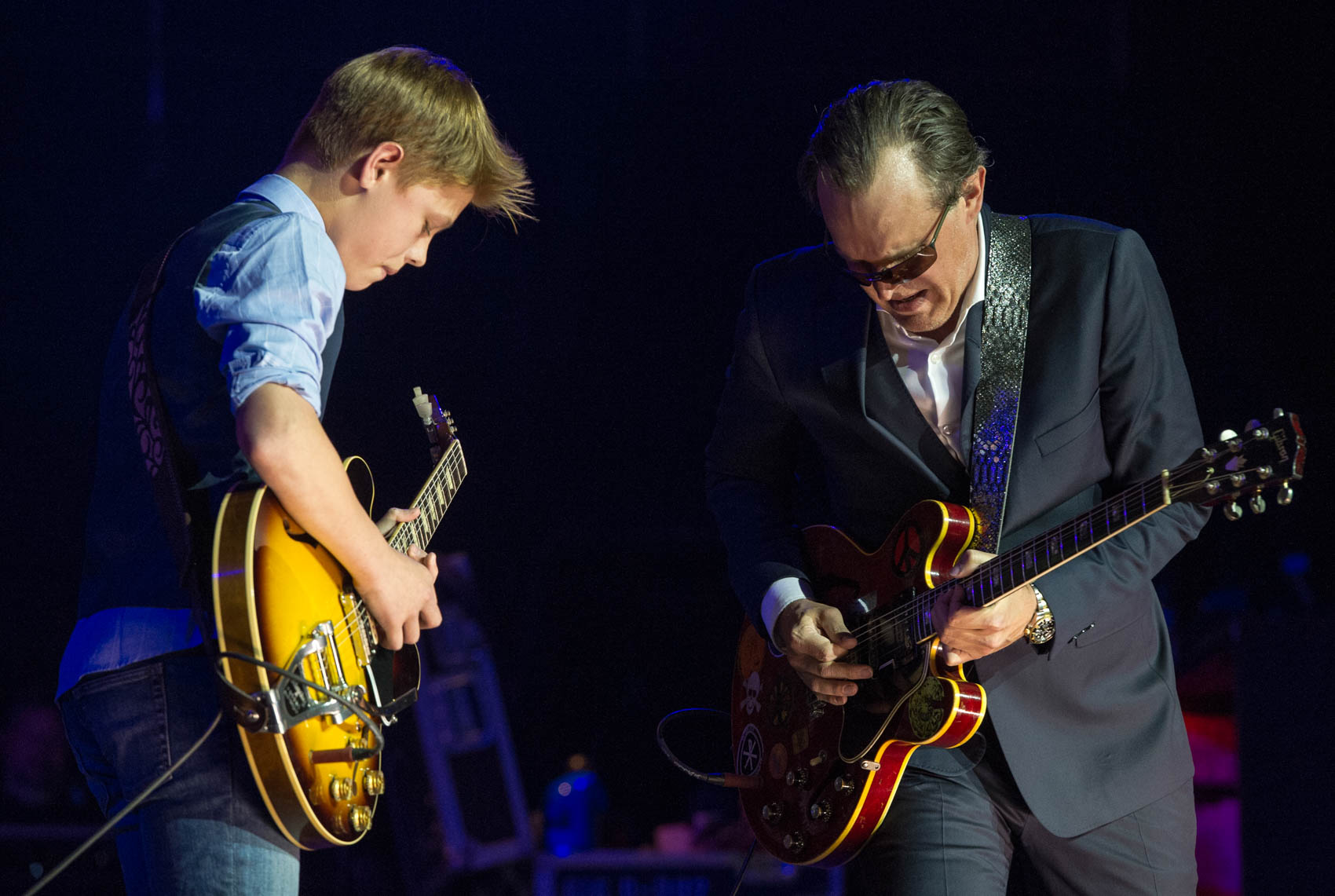 Toby was speechless! Later that year he stepped out on stage in front of a sell-out crowd and performed “I Get Evil” with Joe!

It was a dream come true for Toby and a night he will never forget.

The world changed when Covid hit and musicians were stopped in their tracks with all travel halted and gigs cancelled.

For Toby, his debut album “14” was hugely delayed to the point where he turned 15 and his voice broke, meaning the album had to be re-recorded and was subsequently renamed “Aquarius”.

“Aquarius” was released in 2021 and reached number one in the Official Jazz and Blues Album Charts.

The album features music from genres that inspired Toby from a young age from Rockabilly, Blues through to harder edged Rock.

Bernie Marsden also features on the album as a special guest.

Toby is a Gibson artist and is endorsed by Blackstar Amplification and D’Addario Strings.

He is the youngest member of the Gibson Alliance – a select group of world-class musicians chosen to help shape the future of Gibson Guitars and inspire a new generation of players.

Toby’s lastest album “Icons” is available now and is all about guitar legends, old and new. Toby has covered 11 tracks by artists who have inspired and shaped his playing style.

Toby has had over 400 million social media views and is looking forward to getting back out on the road in 2022.