TEENAGE BLUES SENSATION UNVEILS THE VIDEO TO ‘TAKE THE WHEEL 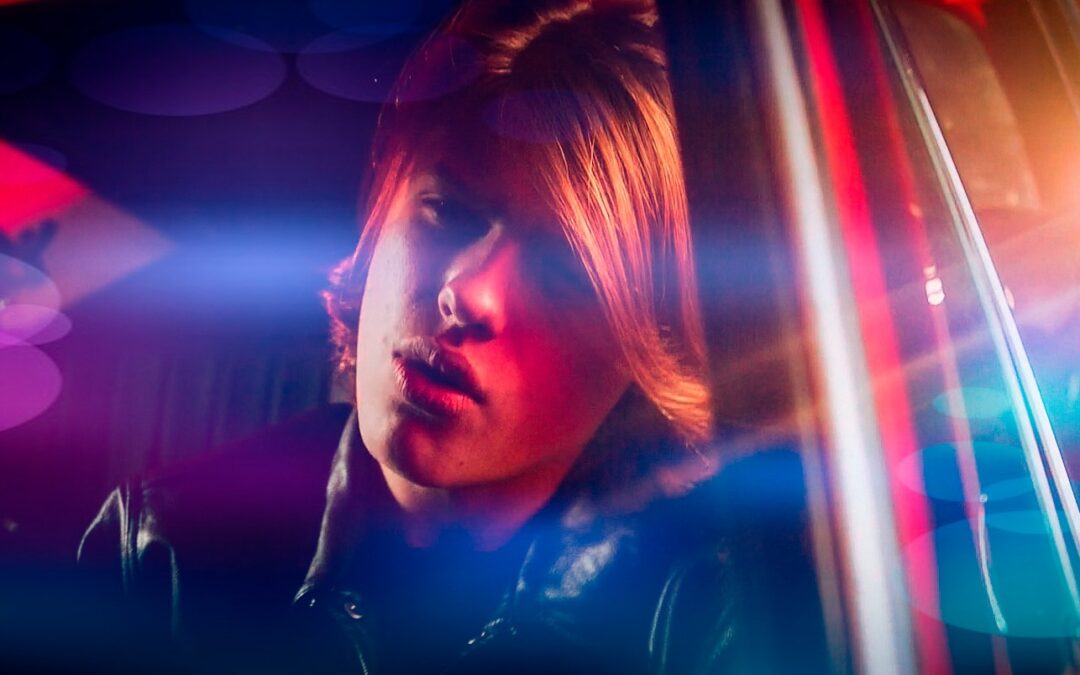 FROM HIS DEBUT ALBUM ‘AQUARIUS’, WHICH FOLLOWS ON JUNE 11TH

“A future superstar of the blues.” – Joe Bonamassa

“On ‘The Search for Happiness’, a slow blues from his remarkable debut album, ‘Aquarius’, Toby pulls notes out of his guitar like teardrops.” – The Times 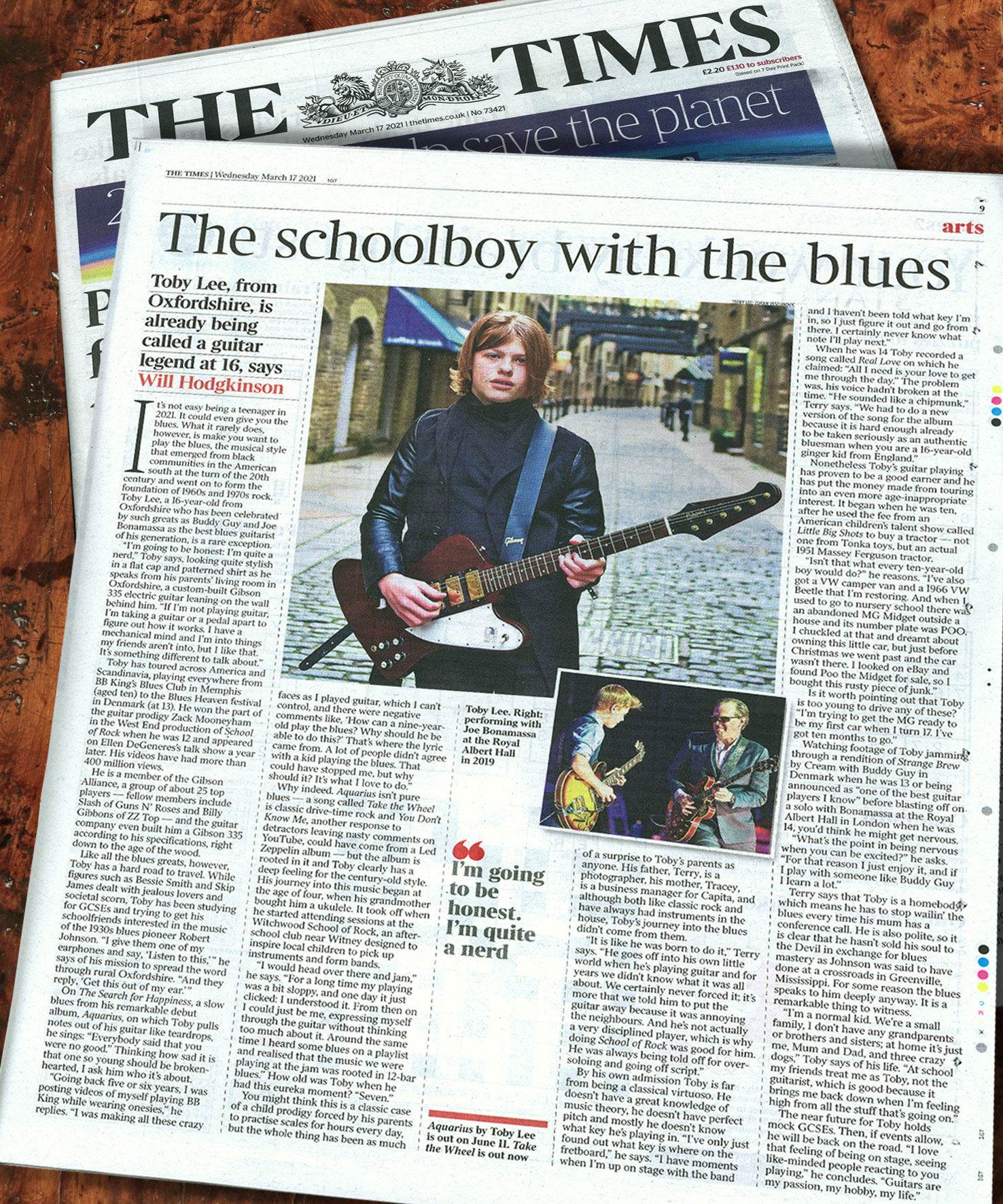 With 400 million video views and live performances with Joe Bonamassa, Buddy Guy and Peter Frampton to his name, the 16-year-old blues sensation Toby Lee today accelerates his solo career by sharing the video to his current single ‘Take The Wheel’. The track was launched as he announced the June 11th release date of his upcoming debut album ‘Aquarius’. It resulted in Toby being profiled with an in-depth feature in The Times.

The ‘Aquarius’ album extends Toby’s blues roots into a versatile mix of everything from frenetic rockabilly to swaggering hard rock – all of which is performed with finesse, feeling and youthful exuberance. That eclectic sound is best encapsulated in the ‘Take The Wheel’. It’s a Gen Z answer to an old school driving anthem: the purity and immediacy of a classic AC/DC riff within a blues-tinged hard rocker that recalls Bad Company.

The new ‘Take The Wheel’ video takes that spirit and takes to the open road. With rapid fire edits and an energy that matches the song’s propulsive rush, it cuts between Toby putting the pedal-to-the-metal while driving a 1967 Porsche 912 (a trick of the camera, as he’s too young to drive) and tearing through a performance at Caffeine & Machine in Warwickshire. It was directed by Adam Pitts for Pittstop Films, whose credits include Lukas Nelson and The Wandering Hearts.

“‘Take The Wheel’ is one of my favourite tracks,” says Toby. “I’m a huge AC/DC fan and wanted a real driving rock song with a killer solo. It’s about being with the one you love and taking off on the open road heading for adventure and a bright future. I loved filming at Caffeine & Machine in my dream car, a Porsche 912 – it was just a shame I had to hand it back at the end of the day.”

Toby called upon a selection of talented collaborators to help him realise his full potential with ‘Aquarius’. Wayne Proctor and RavenEye frontman Oli Brown are key producers, co-songwriters and musicians, while another youthful blues guitarist, Laurence Jones, produced a selection of tracks and wrote ‘Real Love’ specifically for inclusion. Another of Toby’s early champions, the Whitesnake veteran Bernie Marsden, wrote the ‘Platform 15’ instrumental for Toby to add his own flair to.

Toby Lee first started playing music when he was just four years old when his grandmother gifted him a ukulele. He was eight when he received his first guitar, a day in which he also coincidentally met Mick Box of Uriah Heap. Word of his talent went global when he posted a ‘get well’ guitar message to BB King, which proved to be his first viral moment. Since then, he’s been a young guy achieving big things: being cast as Zack in the West End production of ‘School of Rock’, again going viral for his Blues Heaven festival set, and performing with Joe Bonamassa at the Royal Albert Hall.

‘Aquarius’ is now available to pre-order here. The limited-edition double-vinyl and double-CD formats feature the ‘Jams’ bonus disc, which includes a series of instrumentals inspired by Toby’s Sunday jam sessions video series. It will also be released, on standard vinyl, CD and digital formats. All pre-orders receive instant downloads of ‘Take The Wheel’ and ‘The Search For Happiness’.